Our plan was to head to Cusco, obviously, but a reminder that it was a 22 hour bus ride from Lima was a quick turn off...

We really wanted to visit Nazca, if possible, but we thought it was sort of out of the way.

Turns out, it perfectly cut our travel time from Lima to Cusco, and gave us a day to check out a place I had wanted to go to for years.

Nazca, the vast desert filled with strange artifacts and geoglyphs that nobody can explain...

We arrived in Nazca at about 10pm after about an 8 hour bus ride from Lima.  We looked in our book before arriving, for a hostel to stay in for the night.  As we got off the bus and grabbed our backpacks, a woman approached us asking if we needed a taxi.  She had a regular car, no signs, and we were a little sketched out, but it turned out she also had a hostal in the center of town.  40 Soles per night, with a private bath, and internet.  Perfect, and cheaper than we thought we'd be paying.

The next morning we got up and grabbed a bite to eat, and jumped on a bus to the Mirador, a lookout tower in the middle of the desert, which allows you to see some lines and geoglyphs without taking a flight.

A little history on Nazca:

If you haven't heard of it, its a massive desert in southern Peru that stretches for miles.  There are tons of geoglyphs, or etchings in the desert sand that can only be seen from above.  Doesn't make a whole lot of sense, considering they're several thousand years of age, and the idea that aircraft as we know it didn't exist!  There are lines that are etched in the desert that stretch for miles as well, and look like ancient runways.  I've had a lot of interest in this place for a while, after seeing several documentaries, and youtube videos.

Despite not going up in a plane, as most tourists do, we got a glimpse from this tower out there in the desert, and it gave us a great feel of them.  It was 2 Soles a piece to enter the tower, and after we did that, we walked about 2 kilometers through the desert, along the highway, to another lookout spot, perched upon 2 hills jetting up from the desert sand.  There was nobody around, and we had a 360 view of this epic desert scene... 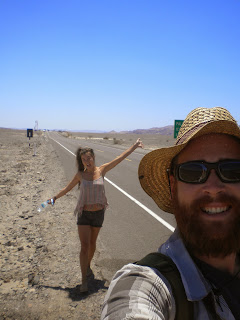 We hitched a ride back to town with a couple people who showed up as we were leaving.

Back in the center of town, we flagged down a taxi, and asked him how much it would cost to take us to the aqueducts, which were just outside of town.  He said he'd take us for 20 Soles, and also show us the ruins near them. 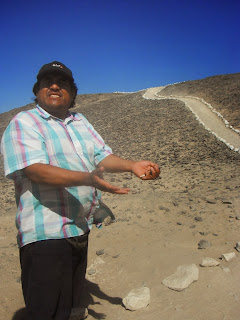 Juan turned out to be an incredible guide, who spent about 3 hours driving us from site to site, where we were the ONLY people there.  We saw the ancient pre inca aqueducts that still function to this day, bringing water to the nearby farms.  We saw the Nazca ruins and paredones (walls), and the ancient tombs that scatter the hillside just behind the town.

We were able to walk through the ruins, getting an incredibly up close feel of the place, which would probably not be allowed at any other spot.

After our 'tour' we drove back into town, and he pulled over in front of a chicha stand, where an old man selling chicha, or fermented corn drink, came and served us in the car.

An incredible day in Nazca winded down with a great chicken dinner in the square, and a semi comfortable night bus ride to Cusco, aboard Movil Tours. 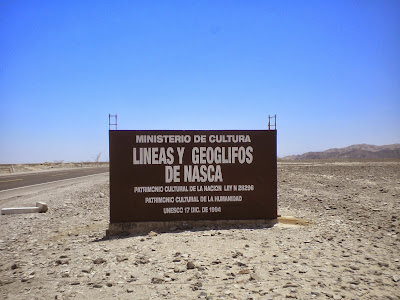 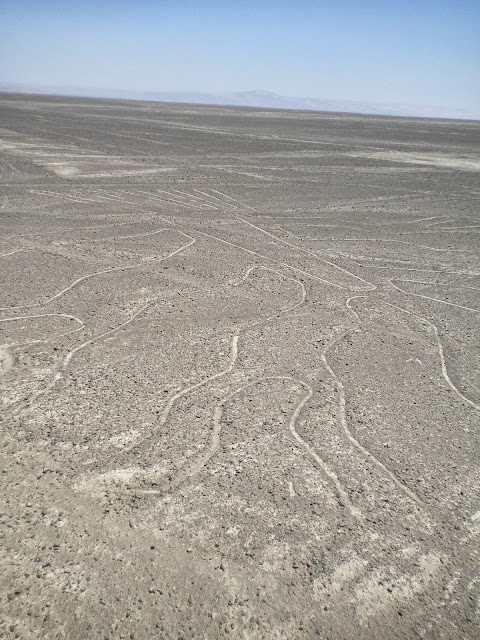 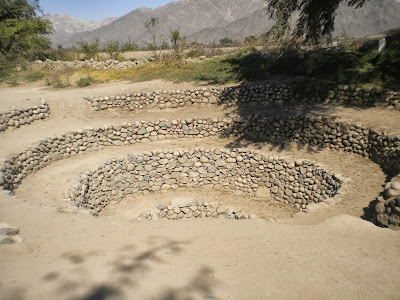 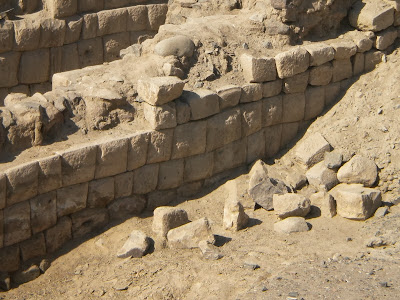 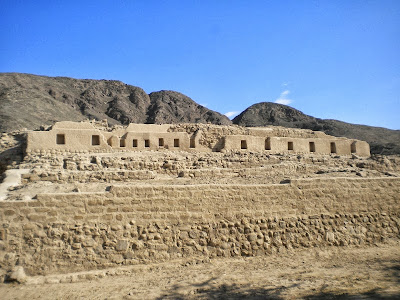