We arrived in Cusco bright and early on our overnight journey from Nazca, and planned to meet back up with our friends Mark and Carlie, who are traveling by motorcycle.  They told us of the hostel they were staying at, for fairly cheap.  $40 Soles/night, for a private room, shared bath.

We spent 2 nights at "Estrellita" hostel, not far from the Plaza de Armas, or center of town.  It was a cool place, good vibe, had a kitchen, and allows bicyclists and motorcycles to park inside, which is why they were there, obviously.

That night happened to be the AFL grand finale game (Australian Football League Championship), which I, of course know nothing about...Well, Mark, being an Aussie, was obviously looking to watch the game, and I accompanied him.  We walked about 7 blocks from Estrellita, to another hostel that he had pre-sought out for the game festivities...I was imagining maybe 5, 6 Aussies there to watch it...Wow, was I wrong.  We walk into the place, and the bar inside is jam packed with about 65 Australians, waiting anxiously to watch the match.

We shared a table with, of course, an Australian couple, also there for the game, and waited for it to air.  It was to be aired on a projector screen, from a pre-paid website, and for some reason, the internet began to slow...The reactions were priceless, as you can imagine, and it turned out to be a good game.  The game streamed on through the night, and I enjoyed myself, despite being delirious from the night bus from Nazca.  Moral: I had no idea that many Australians could possibly be in Cusco on a given night!
Cusco is a beautiful city.  While coming in from atop the mountain, you get an overview of it all, and it fits perfectly into the valley below.  The buildings are colonial looking, and the streets are mostly cobblestone.

By this point, we were very excited to do the whole Machu Picchu trek, and after hearing tons of peoples experiences along the road, it was our time to do it.

We set out to pre-purchase our entrance tickets in Cusco, and wanted to do it all the "cheap way," as opposed to the hundreds of dollars that could potentially be spent hiking the Inca Trail, or taking the classic train ride in... 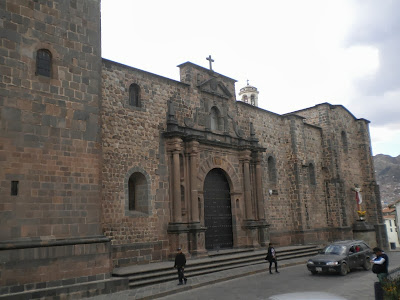 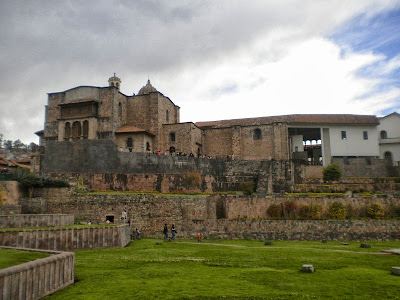 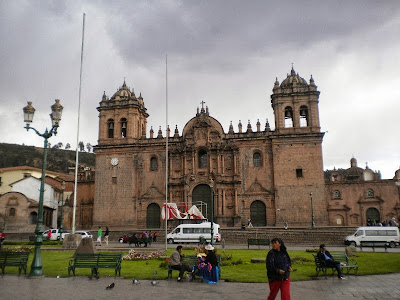 Posted by Andrew Turner at 8:50 AM