We left Cartagena, and hopped on a bus towards Santa Marta.  It took about 4 hours.  We spent 3 nights of much needed rest in a little fishing town called Taganga.  Its just 10 or 15 mins outside of the much bigger and busier Santa Marta.  We stayed at a nice hostel called MorAMar, which was very pleasant.  Family run, and offering a nice kitchen and small pool, this was a great spot to relax after over a week in Cartagena.  We read about some hikes, and of course the National Park, Tayrona, but decided to skip it, due mainly in part to how much distance we still need to travel, with costs in mind.

Nonetheless, Taganga was nice.  There are several little restaurants and bars right along the waterfront, and there is an amazing sunset as well.  Last stop on the Caribbean!

We cooked some pretty damn good food at the hostel in Taganga.  First it was steak tacos, with all local ingredients from down the street, and the second dinner was lobster we purchased from a dude walking along the street with a bunch he had freshly caught.

Taganga was rather relaxing for us, after our 10 day Cartagena stint...We needed some rest, and did just that.  Taganga seemed pretty mellow, but we heard otherwise from several locals and tourists...We ran into 3 French guys we had met in Cartagena,  and they had been robbed at gunpoint by some teenagers down by the beach...Bummer...Talked to some others that also had some trouble in town.  Shame that such a beautiful place can be like that, but really, this kind of thing can happen anywhere in the world, at any time.  Caution should always be with you. 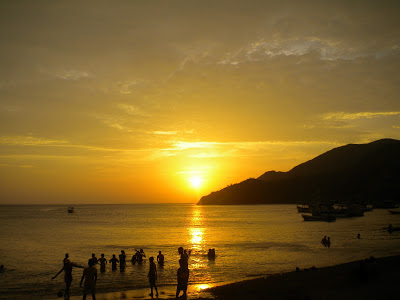 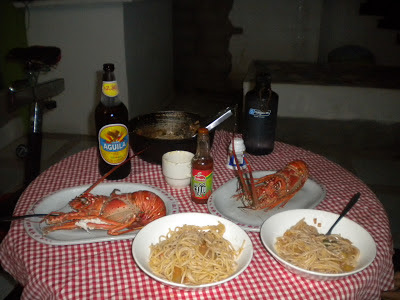 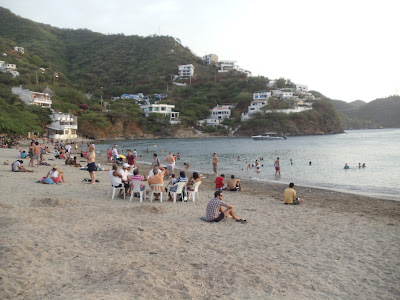