The 'hippie' town, as most call it, is a great little place.  We arrived Sunday, on a 2 hour bus ride from Bariloche, with, again, great surroundings the whole way.  Winding through valleys of tall, snow covered mountains and crystal blue rivers and lakes. 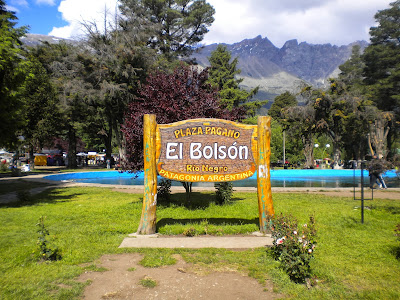 Might I first mention in this post, that while traveling so far, we've had some strange and 'small world' connections and coincidences...One very notable one happened again, for the 4th time while on this bus...History goes, that while we were in Panama (Boquete) to be exact, in April of this year, near the start of our trip, we met a French couple at our hostel.  Turns out they were also traveling all the way down South America, and we briefly exchanged ideas...That was that.  Then, while we were in Ecuador, 2 months later, we exchanged glances, crossing a street in the pouring rain, and I said to Danica..."Whoah, that's that couple from Panama!"  That was all at the time.  Then, on our 22 hour bus ride to Bariloche from Mendoza, him and I passed eachother at the terminal, halfway through our trip.  At that point, we both smiled and started talking about how crazy it is to do that not only once, but 3 times!  We talked a little about places we'd been in the rest stop we had, and then we continued to Bariloche.  We ended up spending almost a week there, and never saw them, until we got on the bus to El Bolsón, and they boarded about 10 minutes after us.  Finally, when we all got off at the bus terminal there, we had a good chat about it all.  Unfortunately we didn't exchange info, but judging by our ways of intersecting at random moments, I imagine we'll see them again!  Infact, I'm pretty sure of it.

As for El Bolsón, we really enjoyed it.  We found a campground called "Refugio Patagonico" not far from the bus terminal, and they had a massive yard with tons of campsites,and we were 2 of maybe 5 people there in total.  The guys running the place were super nice, and gave us a great deal to camp for a week, so we did just that.  We had a comfortable campsite with nice grass, a great fire pit and grill, and the place had wifi, which was a bonus.  The people working there gave us tons of local info on what to do in the area.  As of this point so far, Argentinos have been some of the nicest, most helpful people we've come across thus far...Not knocking any other countries, as everyone has been amazing, but these people seem extra friendly! 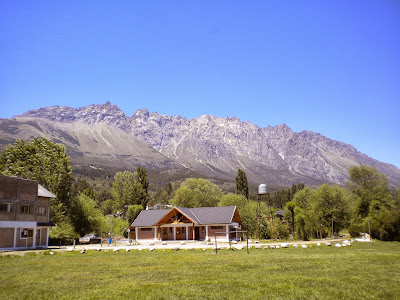 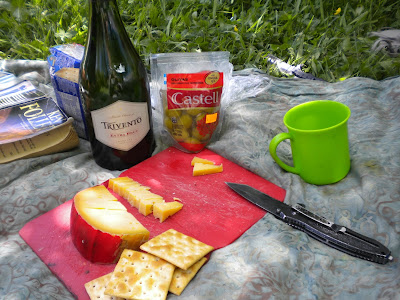 We spent our thanksgiving holiday there, and actually, it turned out to be 2 days in a row, because we were off a day, and thought we were celebrating it correctly...We cooked some great food on the grill, including mashed potatoes and chorizo and chicken, and sipped some delicious Mendocino Champagne to say the least. 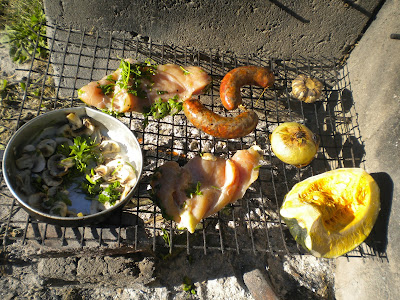 After our week there, we decided on coming slightly south-west, almost to the border of Chile, to a lake called Lago Puelo, to do some more camping... 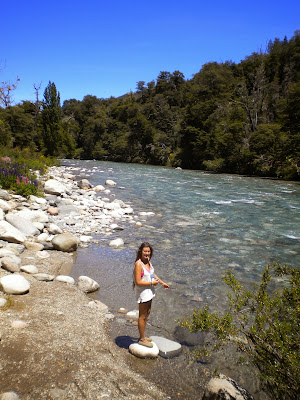 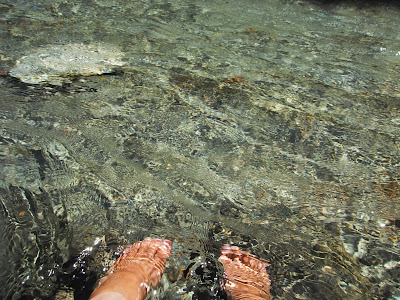