This place was talked about by many on our journey through Panama.  Glad we went!  After the tropical heat of Bocas Del Toro, and of course most of Costa Rica before that, we went to Boquete to cool off for a couple days.  Ended up staying 4 nights, and really enjoying it.  Lots of hikes, waterfalls, the volcano (Baru), many restaurants, and good company.

We spent our four nights in Boquete at a place called Hostal Palacios, which is actually the family home of Francisco "Pancho" Palacios, his wife, and their young son.  They were such crazy and awesome people!  They were filled with energy, and literally went out of their way to make sure everyone was enjoying themselves.  We spent the first night there sleeping in their laundry room, because they had no more vacant rooms...It was a little funky, but the next day we switched into a private room for $20 a night.  It was comfy, with a private bathroom, and we took advantage of their kitchen for a few of our meals for the next few days.

What a crazy group of people in that small hostel...Made some friends, and met some straight up characters, and actually ran into many of them further on down the road, randomly.  Juan, Ivan, the couple from Arizona, the Canadian couple who got lost trying to find the Volcano, the 2 random American nuclear power plant workers, one of who could not stop hiccuping, the angry American guy who looked like the lead singer of the Offspring, and was pissed at the world, and not to forget, Don Angel, the wasted drunk Nicaraguan saxophone player, who couldn't play a tune for the life of him...What a crowd.  Non stop laughing to say the least, especially on behalf of the saxophonist, who had quite a night eating hard boiled eggs including the shell...Oh, and there was also the old man birdwatcher from Texas, who claimed to have the cure for cancer in his front pocket...

Boquete is only an hour bus ride from David, the second biggest city in Panama. 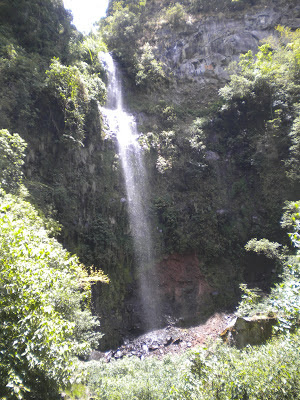 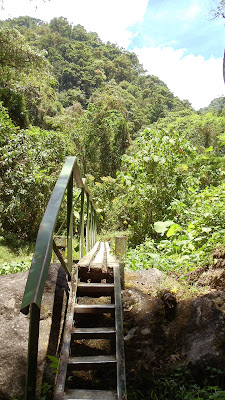